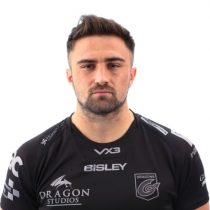 An explosively quick fly half, Williams made an instant impression as he scored a brace of tries on his debut against Connacht. Williams, who is also known to play full back, scored a magnificent try against Leicester Tigers in the 2011 LV cup.

The versatile back – who was selected for Wales' 2014 tour of South Africa - is comfortable at wing, full back and fly-half.

After making 55 appearances for the Scarlets, scoring 81 points Williams crossed the Severn Bridge to join Bristol. In December 2017, Williams became the latest player to return to Wales to join the Dragons ahead of the 2018/19 campaign on a two-year contract.

As of April 2020, he has made 33 appearances for Dragons and has scored 43 points since his debut.