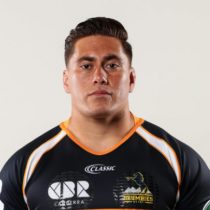 A product of the illustrious Nudgee College in Brisbane, Mann-Rea is a well-travelled hooker having spent three seasons in the Japanese Top League with Kyuden Voltex in the Fukuoka region of Japan.

Mann-Rea has represented Australia at Under-19, Under-21 and Schoolboy levels.

The hard-running hooker returned to Australia in 2012 for the Waratahs and made his Super Rugby debut against the Stormers in Cape Town.

Mann-Rea spent one season with the Waratahs before joining the Brumbies in 2013.

2014 was a breakout season for Mann-Rea, the Narromine born hooker becoming a regular fixture in the Brumbies team.

His strong form earned him a call-up into Ewen McKenzie’s Wallabies squad for the 2014 Rugby Championship, he would go on to make two appearances for the side.

He has made 44 Super Rugby appearances and scored 15 points since his debut in 2012.

In June 2017, Mann-Rea had started ten of the Brumbies opening 13 games of Super Rugby before signing a new deal with the side that will see him stay with the Canberra-based side for the next 2 Super Rugby seasons.