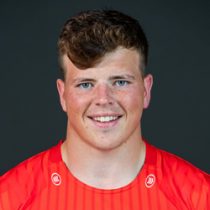 A product of Bantry Bay RFC, Josh is a younger brother of senior player Fineen Wycherley and made four appearances for Munster A in the Celtic Cup earlier this season.

The prop has represented Ireland at U18 and U19 level, is a former pupil of Cistercian College, Roscrea, and plays his club rugby with Young Munster.

In January he was called up to the Ireland u20s squad for the 2019 Six Nations.