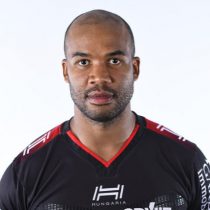 Having come through the Sharks academy Pietersen’s career has gone from strength to strength which has seen him established as one of the most experienced Springboks around.

A veteran of two World Cup campaigns, the skillful wing remains a devastating attacking threat, whilst his experience at fullback means that he is seldom caught out of position. He also has the ability to play outside centre. He is currently in the Springboks 2015 Rugby Championship squad and remains in Heyneke Meyers plans for the World Cup.

After the 2015 RWC he joined his Japanese Club for their season and in early 2016 he announced he will be joining the Leicester Tigers for the 2016/17 season and beyond.

In June 2017, Pietersen was released from his contract at Leicester Tigers and agreed to join Toulon on a two-year deal for the 2017/18 season.

Pietersen made over 30 appearances for Toulon during his time with the club before he returned to the Sharks in 2019.

Pietersen has been contracted until Currie Cup 2020, where after he will be developed within the age-group system for a future coaching role.