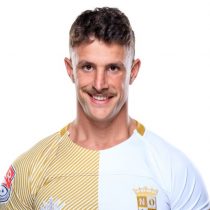 Juan Cappiello was first spotted as a potential talent at 19 years of age when he was selected in the under 19 Argentinean squad. In 2012 he was then selected in the U20 squad which played at the JWC in South Africa where he made 6 appearances, scoring 2 tries. In 2013 he made his full senior debut for Los Pumas against Uruguay. He has also represented Argentina 7s at the 2013 South American Championship and was selected for the Hong Kong 7s tournament in 2014.