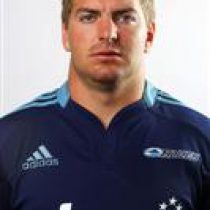 Barrett was born in New Plymouth. Aged only 20, Barrett played his first game for Taranaki in their 25-15 win over Otago, coming off the bench in the second half to join his younger brother, Beauden. He made a further five appearances. In September 2012 it was announced that he would join the Blues for the 2013 Super Rugby season. Barrett was selected in the New Zealand Secondary Schools side in 2008, he then made the side for a second year in 2009, and was named captain. With the New Zealand Under 20's he had only just missed selection for the 2010 IRB Junior World Championship held in Argentina. Barrett was also known in sevens after making Gordon Tietjens' squad to prepare for the Wellington Sevens, but again was unsuccessful.