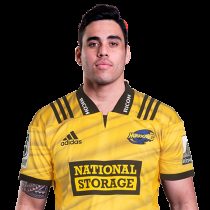 Kane Leaupepe made his debut for Wellington during their 2016 Mitre 10 Cup campaign and earned a Super Rugby contract with the Hurricanes a season later.

In 2019 he was named in the Samoa Squad ahead of the Pacific Nations Cup.

His debut was against the United States in the coastal Spanish city of San Sebastian.

Kane's Super Rugby debut followed a few months after he made his test debut for Samoa on their Northern Hemisphere tour.

Le'aupepe has been named for the Hurricanes squad ahead of the 2020 Super Rugby season. He has obtained 10 caps and will be looking to add to this total.