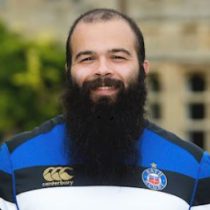 Born and raised in Bath, England, Palma-Newport is a prop by trade and is a product of the academy system at Bath.

Having made his Bath debut in the 2010-2011 season as a replacement in the English Premiership against Newcastle, the powerful front-rower went out on load to Leeds Carnegie for a brief period, scoring twice in just 6 appearances.

A leader despite his young age, he captained the Bath United side who lifted the 2013 Aviva A League trophy, beating Northampton Wanderers at Franklin's Gardens in the final.

After 86 appearances for Bath, Palma-Newport left the club and signed a deal with Colomiers.