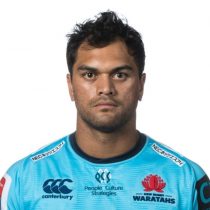 Hunt is another of the ever-growing list of high profile League converts making a living in Rugby Union.

Born in Auckland, New Zealand Hunt began playing rugby league at the age of four for the Avondale Wolves before moving to Australia as an eleven-year-old in 1997, the family moved to the suburb of Algester in Brisbane, Australia.

Upon moving to Brisbane, Hunt played junior rugby league for the Souths club in Acacia Ridge. In 2000, Hunt made his representative debut with the Under-14 South–East team of the Queensland Rugby League (QRL), in the fullback position. In 2001, he became part of the Under-15 Australian merit side, and, upon seeing him play rugby league, NRL club Brisbane Broncos scout Cyril Connell offered him a scholarship with the club.

Hunt accepted the Broncos scholarship and, after a strong performance at Souths Acacia Ridge and Sunnybank High School, received a scholarship to the Anglican Church Grammar School where he switch codes once again to union.

In 2003, Hunt was selected for the Australian Schoolboys rugby league representative team to tour New Zealand, playing three matches under coach Rod Patison. Hunt scored a try in each game and was named best back of the series.

Hunt went on to enjoy a strong league career making 125 appearances for the side scoring 53 tries. He represented both Queensland and Australia in Rugby League debuting for both in 2006.

He made the switch to union in 2009 turning out for the French Barbarians before going on to sign for Biarritz who represented for one season.

Another code switch saw Hunt feature in Australian Football and in doing so became the first player to appear in the senior grade of both the NRL and the AFL (or their historical equivalents).

In August 2014, Hunt joined the Queensland Reds on a three-year contract with his signing coincided with the signing of Wallaby James O'Connor from French Top 14 side Toulon. The talented backline player initially eyed out the full back and centre position for the Reds but just before the 2015 Super Rugby season, Quade Cooper picked up an injury and Hunt took over the reins at 10.

On 16 January 2015, Hunt, along with teammate Rob Simmons, were appointed vice-captains of the Queensland Reds before Hunt was named in the Wallabies preliminary 39-man squad for the 2016 Test series against England.

However, he would have to wait until the June tests in 2017 to make his test debut against Fiji where he started at inside centre. After 5 Test caps to his name, Hunt signed a new two-year deal with Rugby Australia and the Queensland Reds.

Off-field incidents lead to Hunt being released by the Reds but he returned to Super Rugby via the club rugby system turning out for Souths. He signed for the Waratahs ahead of the 2019 Super Rugby season.