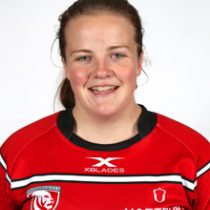 Dougan took up rugby at minis level then stopped playing as there was no girls' team to progress to. The Lochaber HS former pupil progressed to university in 2013, studying Environmental Geoscience at the University of Edinburgh and took up the sport again.

She made her Scotland under-20 debut in February 2015 and her full Scotland debut off the bench two weeks later.

In January 2017, she was included in the Scotland Women squad for the 2017 Six Nations competition.