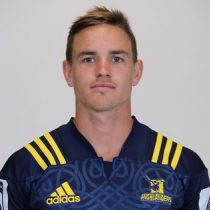 During the 2015 Super Rugby season, Hammington was called into the Chiefs squad as an injury replacement due to the absence of Tawera Kerr-Barlow, Augustine Pulu and Leon Fukofuka.

He appeared on the bench once for the Chiefs playoff match away to the Highlanders, however he didn't get any game time.

Hammington made 12 appearances for the Highlanders in 2017 and will look to build on that in 2018.

Some impressive showings while backing up for Aaron Smith led to Hammington signing a new deal with the Landers for the 2019 season but made a move to Otago for the 2019 Mitre 10 Cup.

After another impressive Mitre 10 Cup season Kayne can take some confidence moving forward to the new year.

We are sure that his drive will create good competition for the number 9 jumper in 2020.