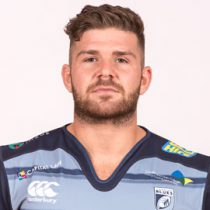 Myhill made his senior debut for the Scarlets in a league match at Leinster in March 2011 as a replacement. It was his only appearance that season, but the following season he made 13 appearances, including 4 starts. He scored his only try to date against the Cardiff Blues in the LV Cup win on 23 October 2011. Myhill was named captain of the Wales Under-20 team for the 2012 Six Nations and the IRB Junior World Championship, in which Wales finished 3rd. Kirby Myhill joined Cardiff Blues for the 2016-17 season following five years with the Scarlets’ first team.