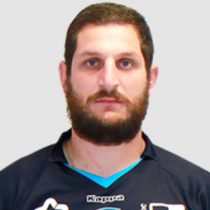 Mikautadze made his debut on 11th July 2010 for Georgia against Scotland A in the IRB Nations Cup. 5 years later, he debut for Barbarians against Ireland on 28 May 2015.

The Georgian second-row left Toulon at the end of the season 2015/16 to join Top 14 rivals Montpellier.

He featured for his country at the 2015 Rugby World Cup and added to his 40 caps since making his debut in 2010.

The highly-rated 200cm lock agreed a two-year contract with Montpellier, where he linked up with former South Africa head coach Jake White.