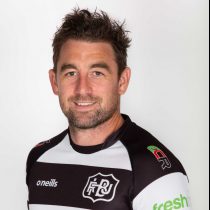 Baker was selected in the New Zealand Sevens squad for the opening two rounds of the 2008/2009 IRB World Sevens Series in Dubai and George, making his international rugby debut at the Dubai Exiles Rugby Ground.

In 2009, he was named in the New Zealand Sevens trial squad, but went on to play in the England, Scotland, Dubai and George Sevens later that year.

The following year, Baker secured a permanent position in the New Zealand Sevens squad, playing in all 6 tournaments.

In the Hong Kong Sevens, he led the New Zealand team in scoring 4 tries in their semi-final win over Fiji and 2 tries in their Cup finals loss to Samoa.

He was also the top individual try scorer and point scorer of the tournament.

Later in 2010 Baker was then named in Gordon Tietjens squad to take part at the Commonwealth Games.

He was a standout in the finals against Australia coming on as a replacement and scoring one of the winning tries to ensure them the gold medal.

2010 also saw him sign for Mitre 10 Cup side Taranaki, where he spend 5 seasons, making 57 appearances and scoring 110 points.

He did not return to the Highlanders for the 2013 Super Rugby season, but instead signed with the Crusaders as a member of their wider training group.

In May 2016, Baker secured the switch to Italian club Zebre, where he made 11 appearances.