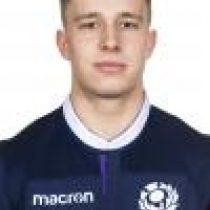 Originally from Ascot, Rowe currently plays for BT Premiership side Glasgow Hawks whilst he is enrolled at the City of Glasgow College.

The winger has previously represented Scotland at U19 level, whilst he has earned 2 caps for the Scottish Independent Schools Schools Scottish Association.

Rowe joined Glasgow's training group ahead of the 2019/2020 season.