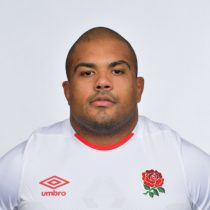 The talented young prop is a Harlequins man through and through, having started out with the cub at Under-13 level, he came through the academy system and became a first-team regular. Sinckler took up rugby in Battersea when he was eight after being considered too aggressive for the football field.

He graduated from the Harlequins Academy squad after playing his first game for the club in their 42–6 thrashing over Gloucester in round 2 of the 2011–12 Premiership.

He highly contributed to Harlequins' 2012–13 LV Cup-winning campaign, playing in four out of the six games, including the semi-final against Bath. He has represented England at Under-16, U18, U19 and U20 levels and showed massive potential at a young age.

The 2013/14 season was noted as Sinckler’s breakthrough year, making 22 appearances and being rewarded with a place on England’s summer tour to New Zealand. Noted as a modern prop with good handling and an effective game in loose play - alongside strong ball carrying skills - Sinckler’s rise since that tour has been rapid.

He made his international debut in November 2016 against South Africa and was part of the successful England squad that secured the 2017 Six Nations title and after an impressive 2016/17 season in Harlequins, colours was rewarded with a place in the British and Irish Lions squad who enjoyed such a dramatic tour to New Zealand. He was added to the British & Irish Lions 41-man squad after just 8 England caps.

Following another eventful season at the heart of the Harlequins side Sinckler was selected for England's tour of South Africa in 2018 which, after a disappointing start, finished with an epic victory in Cape Town. Sinckler started every Test and put in an excellent performance in the last Test.

In 2018/19, Sinckler started in all of England's Autumn International tests and all of their Six Nations matches the following spring. He was also called up for Eddie Jones' training squad for the Rugby World Cup in Japan.

Following the World Cup, he made an immediate impact for the Quins when he scored against the Wasps in his third game back.

He featured in his first Rugby World Cup in Japan making six appearances at the tournament. He started five of those games, including the final which he last just 2 minutes as he picked up an unfortunate head knock ending his game.

He went into the 2020 Six Nations with 6 RWC caps, 11 Six Nations caps, 3 British and Irish Lions caps and 31 caps for England.

In January 2020, he signed a two-year deal with Bristol Bears.

After missing out on the initial British & Irish Lions squad in 2021, Sinckler was called into the squad as injury cover in June 2021 before the tour after an injury to Andrew Porter.

The 44 test cap tighthead prop came off the bench in all three tests against New Zealand during the 2017 British & Irish Lions tour.