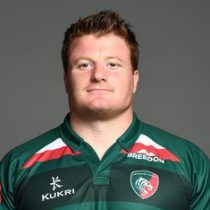 Born in London to Glaswegian born parents, prop Kyle signed a development contract with the Scottish Union’s National Academy upon leaving school. After completing his degree at Edinburgh Napier University, Quantity Surveying, Traynor signed his first professional deal with Edinburgh. Traynor has also represented Scotland’s U-19, U-21 and A teams before, in 2009, he made his senior bow against Fiji. After several years at Edinburgh, three as a professional, Traynor signed for English side Bristol. To date, Traynor has won four Scottish caps.

In 2017, Traynor was released from his contract at Bristol and is searching for a club.

In September 2017 he signed a deal with Leicester Tigers having spent pre-season with the club.