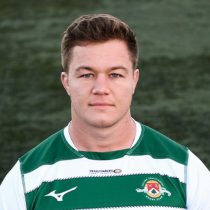 Whyte, who was born in South Africa, started his career with Western Province in the Currie Cup and was a major part in them making it to the semi-finals in 2016.

He then had an opportunity in the PRO14 and signed a deal with Edinburgh, also gaining game-time in the BT Premiership with Watsonians.

At the end of the 2016/17 season, Whyte was released from Edinburgh Rugby and joined London Scottish in 2019.

Whyte made 21 appearances in the 2019/20 season for the Scots and was confirmed to have signed for Ealing Trailfinders in July 2020.