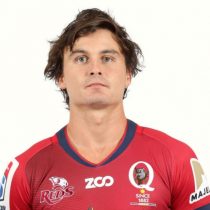 Maranta has played five years in the National Rugby League with the Brisbane Broncos, becoming the team’s leading try scorer in 2015.

After 70 games in the NRL, he switched codes and signed for the Queensland Reds in 2017.

He made his debut against the Jaguares and added one more Super Rugby cap to his tally in 2017.

He has been included in the Reds 2018 Super Rugby squad.