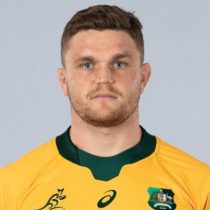 Swinton has powered through the NSW rugby ranks to deliver performances in the 2017 National Rugby Championship season for the NSW Country Eagles that did not disappoint. A product of Sydney’s Northern Beaches, the backrower played his junior rugby for the Wahroonga Tigers, going on to play for his school Knox Grammar as he matured.

NSW Rugby’s development programmes have helped him grow as a player with his selection into the Generation Blue U20s academy in 2015/16 and 2016/17. He caught the eye of the Australian U20s selectors for the 2017 Junior World Championship in Georgia. Having a taste of 1st Grade rugby for Sydney University in 2016, he quickly became a regular in the Shute Shield Competition in 2017. Swinton pledged his allegiance to the NSW Country Eagles in the NRC competition, notching up a handful of caps for the provincial side.

He quickly became a regular in the Shute Shield competition helping the students claim their 2019 premiership. That same year Swinton earnt the Chris Whitaker Medal for NSW Waratahs Rookie of the Year. Signing an extension deal until 2022.

By June 2020, Swinton has racked up 19 Super Rugby caps after a rip roaring start to his career in the Sky Blue.