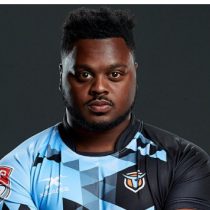 White grew up in Louisville, Kentucky and was a standout football player while attending Eastern High School. After being introduced to rugby through the Middletown Warriors in 2010, White quickly fell in love with the sport and took his bruising style of play to the University of Louisville. White played at center his freshman year in 2012 before moving to prop in his sophomore year. It was in the prop position where he excelled, and in 2016 had the opportunity to hone his skills at the Sharks Academy in South Africa under the tutelage of South African Springbok prop, Tendai Mtawarira. For his efforts, White was invited to the 2017 Collegiate All-American camp and in 2017 was voted best in position for D1-AA by FloRugby.com.