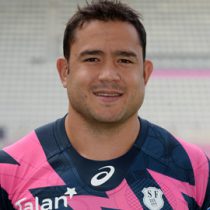 Laurent Sempéré enjoyed a stellar playing career between 2004 and 2019 before moving straight into coaching.

He began his career with USA Perpignan before moving to Racing Métro 92 in 2006. He then moved across Paris to Stade Français in 2008.

He spent the majority of the career at the Paris based club racking up over 200 appearances between 2008 and 2019.

Sempéré moved into coaching at Stade Francais following his retirement.