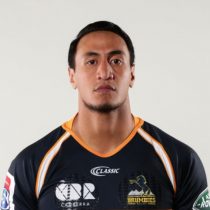 Taliauli arrived at the Brumbies from two full-time contracts in three different sports.

After much faith in his skills, he was named to start in the absence of suspended Henry Speight for the Brumbies' semi-final with the Hurricanes in Wellington in 2015, a move which saw him commit to the side until 2017.

Taliauli enters the 2017 with 15 Super Rugby caps and 15 points scored since his debut in 2015 against the Reds.

He has 15 Super Rugby caps heading into the 2018 season scoring 3 tries.