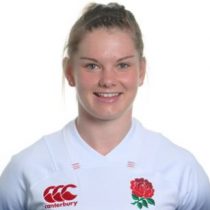 Riley was educated in her home city Coventry at Allesley Primary and Coundon Court Secondary after her time at Park Hill Primary where she took up the game at the age of 10. She played in a mixed tag tournament at Old Coventrians RFC and after that, started playing for the club’s junior teams.

She started her international rugby career playing the shorter format, and was part of the successful England team that lifted the IRB Challenge Cup Sevens crown in Hong Kong in 2012.

Having made her Test debut against South Africa in 2013, Riley heads into the 2017 Women's World Cup with 4 caps to her name.