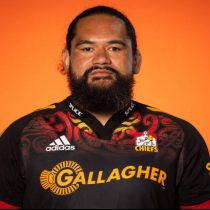 Born in the town of Porirua in the greater Wellington metropolitan area, Apisai was educated at Aotea College in his hometown before later moving to Wellington College where he played first XV rugby.

During his high school years, he turned out for Wellington at age-group level and captained their under-16 side. Showing talent from a young age, Apisai played for the New Zealand Schools in 2013. A year later, at the age of just 18, Apisai played provincial rugby for Wellington during the 2014 ITM Cup, making 2 appearances including 1 start. The campaign was not a happy one for the Lions as they were relegated down to the Championship division for the 2015 season after recording just 1 win in 10 games.

His rapid rise continued into 2015 as he was included in the Hurricanes wider training squad for the Super Rugby season where he was developing under the stewardship of All Black incumbent hooker, Dan Coles.

Although the 2015 Mitre 10 Cup season was one of disappointment for Wellington, for Apisai personally, it saw him take advantage of Motu Matu'u's involvement with Samoa in the 2015 Rugby World Cup to establish himself as the Lions first choice in the number 2 jersey, playing all 12 games during the season and scoring 2 tries.

Doors began to open for him ahead of the 2016 season with Mitchell leaving after his short-term contract had expired and Coles and Matu'u both being struck down by injury in pre-season. Apisai was left temporarily as the 'Canes first choice number 2 and debuted in week 1 of the season, a 52-10 defeat away to the Brumbies. Apisai started the first 3 games of the year and played a total of 5 matches in his first season as a member of the franchise's senior squad.

in 2016, he was promoted to the Maori All Blacks at just 20 years of age for their northern tour last year, making his debut as a replacement for the tour captain Ash Dixon against Munster. By the end of the 2017 Super Rugby season, Apisai had 16 caps for the Hurricanes before he signed a deal to join the Blues on a two-year deal. Before joining the Blues he helped Wellington gain promotion to the Premiership of the Mitre 10 Cup.

His time with the Blues came to an end at the conclusion of the 2019 Super Rugby season with the hooker signing with Auckland for that Mitre 10 Cup season.

He took his Super Rugby cap tally to 36 at the Blues and joined the Sunwolves for the 2020 Super Rugby season, making one appearance for the side before the season was abandoned.

He heads into the 2020 Mitre 10 Cup season with 11 appearances for Auckland.