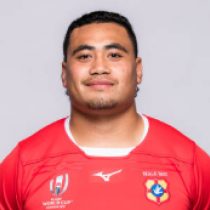 The son of former Auckland player Kalau Fukofuka, Leon worked his way through the youth ranks and to the senior Auckland side via the Auckland sevens team.

He made his ITM Cup debut during the 2014 season and made a total of 7 appearances in the competition.

An injury to All Blacks halfback Tawera Kerr-Barlow opened ground for Fukofuka to be named in the Chiefs wider training group for the 2015 Super Rugby season.

Fukofuka moved to the Crusaders for the 2016 Super Rugby season and made his Super Rugby debut against his former employers, the Chiefs.

He made another 3 appearances for the Crusaders in 2016 and was included in the squad for the 2017 Super Rugby season.