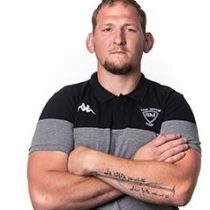 Cedaro started his career at Club Regatas Resistencia before he made the move to France joining Vannes in 2009.

He spent one season with Vannes in Fédérale 1 before he was offered a two-year deal with Mont-de-Marsan in 2010.

He became a regular in the Mont-de-Marsan side making 28 appearances in his first season with the club and 26 appearances the following season.

Cedaro became an important member of the La Rochelle scrum making 52 appearances in his first two seasons with the club and earned a contract extension ahead of the 2015/16 season.

He spent one season at the club before returning to his former club Mont-de-Marsan.