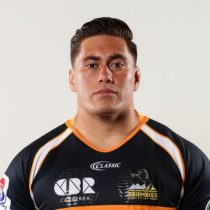 Les Makin has progressed through the ACT’s elite rugby ranks since debuting for the Australian Schoolboys back in 2010.

Makin is a real success story of the ACT’s rugby pathways having represented the region at every aged group through juniors, to schoolboys, U20, ACT XV and into the Brumbies' full-time squad.

Makin has trained and worked with the squad since the start of 2014. He was a big contributor to the club’s pre-season efforts and was duly rewarded with a spot in the Vikings' full-time squad for the National Rugby Championship

Working closely with the Brumbies' all-star front-row combos like Stephen Moore, Ben Alexander, Josh Mann-Rea, and Scott Sio, Makin has developed into a solid Super Rugby prop over the years.

He made his Super Rugby debut in 2016, making 10 appearances during that season. Since making his debut in 2016, Les has been Mr. Reliable for the Brumbies, always ticking along, giving quality performances as a replacement, week in week out.

That consistency saw Les make his 50th appearance for the club in the semi-final in Argentina in 2019.