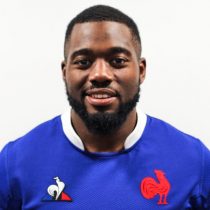 Another product of the extremely successful Massy Academy, Lester Etien is a pacey winger who like many of his other fellow Massy Academy graduates has moved to other Top 14 clubs.

He signed for Stade Francais ahead of the 2018/19 season after impressing for Massy in the PRO D2.

He scored three tries in his first 13 Top 14 games in his debut season in Paris before he signed a new deal with the club for a further two seasons in 2019 which will see him remain at the club until the end of the 2021/22 season.

He continued to impress during the 2019/20 season and in January 2020 he was named in France's Six Nations squad.