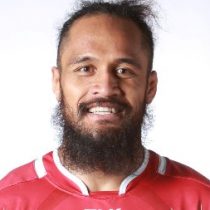 Moli has represented New Zealand at Under-17, Secondary School and Under-20 age groups and in 2010 he was named the NZRU’s Age Grade Player of the Year. A string of injuries delayed his Super Rugby debut until 2012 but his national and provincial performances proved he’s ready for this level of intensity and with his brute size should make a positive presence on the field.