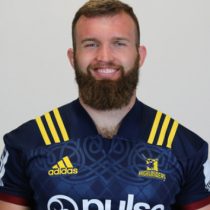 Coltman made his provincial debut for Otago in the 2010 ITM Cup and went on to make six appearances in the competition.

He was included in the wider training group of the Highlanders for the 2011 Super Rugby season and signed a three-year deal and then took on a leadership role in 2014.

Internationally, he was a member of the World Champion New Zealand under-20 team in 2010.

In 2016 Coltman made his international debut against Italy in Rome. Coltman is an important member of the Highlanders team and will look to add to his 56 Super Rugby caps this season.

Coltman played in 15 of the Highlanders 16 Super Rugby matches and featured for his side against the British and Irish Lions.

The experienced Highlanders hooker took his Super Rugby cap tally to 86 by the end of the 2018 Super Rugby season and was added to the All Blacks squad for the 2018 Rugby Championship where he added to his two Test caps.

After 92 appearances for Highlanders, Coltman re-signed with his Super Rugby club and New Zealand Rugby through to 2022.

A consistent performer he was once again involved with the All Blacks in the 2019 World Cup campaign and resumed his competition for the starting hooker position in 2020.

Ahead of the 2020 Super Rugby season, Coltman has obtained 101 caps.