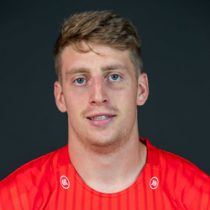 First playing his trade with Skibbereen RFC alongside his cousin and Academy colleague, Gavin, the utility back was the out-half for Ireland U18 Clubs in 2015. He switched to Schools rugby for the Leaving Certificate cycle and won a Schools Senior Cup in 2016/17. Also playing for Munster U19 and U20/Development, the Garryowen clubman represented Ireland at the 2017 World Rugby U20 Championship.

Made his B&I Cup debut in October '17 against Ospreys Premiership Select and a scored a try on his PRO14 debut against Cheetahs in Bloemfontein in November 2018.

He was promoted to the senior squad for the 2020/21 season on a one-year contract.