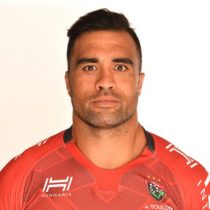 After breaking into the Chiefs side in 2006 and proving himself as a high caliber player, Messam was given his international call-up at the tail end of 2008 in the autumn internationals against Scotland. He marked his second cap with a try against France. His game against Italy is seen as the turning point in Messam’s career where he illustrated his diversity by being able to play flanker as well as number 8 effectively.

Super Rugby winner with the Chiefs, Commonwealth 7's Gold medal winner with the NZ 7's side, Messam is not short of skills and experience. He has represented and captained the NZ Maori team and remains an integral part of the Chiefs and All Black set up as a fine performer and leader.

In 2016 Messam was named in the All Black Sevens' squad for the Wellington Sevens alongside All Blacks teammate Sonny Bill Williams. Messam returned to the Chiefs ahead of the 2017 Super Rugby competition having spent time in Japan and with the New Zealand 7's.

In January 2018, the 43-Test cap All Black signed for Toulon in the French Top 14 as a replacement for Duane Vermeulen and will link up with the squad at the end of the 2018 Super Rugby season. Ahead of the 2018 season, he is the most-capped Chiefs' player in the side's history, with the former captain making 161 appearances since his debut in 2006. Messam featured in all of the Chiefs' 2018 Super Rugby matches taking all time appearance tally to 178 before joining Top 14 side Toulon ahead of the 2018/19 season.

Messam spent two seasons at Toulon before returning to New Zealand signing for Waikato for the 2020 Mitre 10 Cup season.