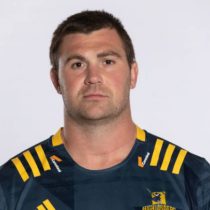 Originally from Manawatu, where he attended Palmerston North Boys High School, Squire made his provincial rugby debut in 2011 for the Tasman Makos.

Liam Squire has moved south as he enters his third Super Rugby season after debuting with the Chiefs (against the Highlanders) in 2014.

Selected in the Maori All Black team for their tour of Canada and the United States in 2014, Squire also helped his provincial side Tasman to the ITM Cup Premiership finals that same year following their promotion from the Championship in 2013.

Squire had another strong season for the Makos in 2015 and joins a number of other Tasman players who play their Super Rugby for the most southern Super Rugby Club.

The tall and athletic loose forward is a good line-out exponent and a strong ball carrying eight who will suit the Highlanders style of play and fill the gap left by departing co-Captain, Nasi Manu.

Squire made his All Black debut against Wales in 2016 and made a further 7 appearances that same year. Squire will look to build on his impressive 2016 season in 2017 having made 28 Super Rugby appearances scoring 5 tries, in his career.

In April, Highlanders number eight Squire signed a contract extension with the Super Rugby outfit and New Zealand Rugby for two more years. Steve Hansen has kept the faith in the dynamic loose forward by selecting him in his squad for Lions series despite suffering a broken thumb in early May.

Squire headed into the 2018 Super Rugby season with 39 Super Rugby caps and in May the 16 Test All Blacks signed a new deal that would see him remain in the country until the end of the 2019 season.

He entered the 2018 Rugby Championship with 17 test caps.

After 23 matches for the All Blacks and 44 Super rugby games including 30 (9 Tries) for the Highlanders, Squire inked a two-year deal with Japanese club NTT Docomo Red Hurricanes.