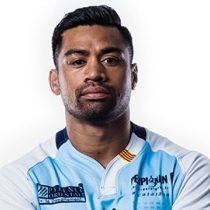 Born in Tonga, the big-hitting Mafi is not only a good rugby player but accomplished boxer too.

Starting his career at Manawatu and then Taranaki Mafi earned a NZ 7's call up during the 2005/2006 season.

Following that he made a move to Europe where he joined Munster and went on to represent them over 140 times.

After his time at Thomond Park he moved to France and represented Perpignan 150 times before returning back to New Zealand to play Mitre 10 Cup at the age of 36.

In September 2018, Mafi was nominated Best player of the 2017/2018 PRO D2 season ahead of the Nuit du Rugby ceremony in France.