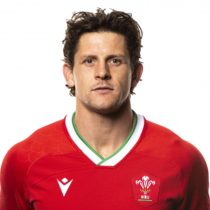 The scrum half received a Welsh central contract in October 2010, after impressive showings for Wales in age grade levels, particularly in the 2009 IRB Junior World Championship.

Williams made his Cardiff Blues debut in March 2010 against Leinster. The son of Wales and Lions scrum half, Brynmor, Lloyd Williams was selected for the Wales U20 squad for the 2009 IRB Junior World Championship.

He played in the IRB Sevens World Series in 2010 and then made his senior Wales debut against Argentina in August 2011, going on to win three caps at that year’s Rugby World Cup.

He came on as a replacement in all five of the Championship retaining games in 2013 and started both Tests in Japan in June of the same year. Williams has been included in the 31 man squad for the 2015 World Cup to be played in England.

The Welsh international scrum-half has played 104 games for the Blues scoring 23 tries at the start of the 2017-18 season.

In December 2017, Williams signed a contract extension with Cardiff Blues.