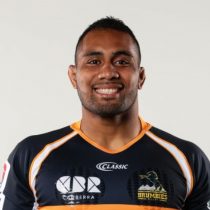 While playing rugby for Marist College, Lolo was selected in the Central Queensland Bushrangers team to play in the Queensland Junior State Championships.

From there he received a scholarship to attend St Patrick's College in Brisbane. Fakaosilea was selected for the Australian Schoolboys in 2012 and 2013.

The hard-hitting No.8/blindside flanker played premier grade rugby for the Sunnybank club. He was selected for the Australian Men's Youth Sevens team to play at the Youth Olympic Festival held at Sydney in 2013.

In 2014, he played for the Reds A team in the Pacific Rugby Cup, and was selected for the Australia U20 team to play at the 2014 IRB Junior World Championship held in New Zealand. Later that year, Fakaosilea was named in the Queensland Country squad for the National Rugby Championship. He also claimed the Queensland Reds Colts Player of the Year in 2014.

Dominant with the ball in hand, Fakaosilea brought his powerful frame to the Brumbies in 2017 after two seasons as a part of the Queensland Reds.

He only managed four appearances for the Queensland side in those two years, injuries holding him back despite showing a huge amount of potential in Brisbane.

The No.8 made eight appearances for the Brumbies in 2017, Fakaosilea impressing Brumbies coaches with his versatility.

Fakaosilea comes from good bloodlines, his father Seiana played for the Auckland Blues and his uncle is the late great Jonah Lomu.

He enters the 2018 Super Rugby season with 12 caps and could cement his spot in the side.

Fakaosilea made 5 appearances for the Brumbies during the 2018 Super Rugby season.

In May the Brumbies gave Fakaosilea an early release from his contract so that the looseforward could move to Japan.