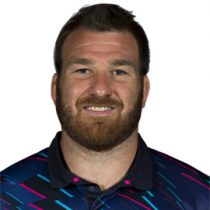 Hailing from Calvisano, the powerful prop forward started his career with Rugby Botticino, eventually coming to Benetton Treviso in the 2009/2010 season. He made his debut for Italy against Ireland on 2 February 2008. In 2014, Cittadini made a high profile move to England, to join Wasps.

His Premiership debut came at Twickenham in the opening round of the 2014/15 season for Wasps against Saracens.

Made his test debut in the RBS 6 Nations 2008 off the bench against Ireland at Croke Park then waited four years for his second appearance in the tournament in the opening round against France 2012.

Played in every game during the 2012, 2013 and 2014 RBS 6 Nations, but only came off the bench the following year. Started the first three rounds of the 2016 Championship.

Played two games in RWC2011 and all four of Italy's tests in the RWC2015 event. Gained his 50th cap against Canada in Toronto last June, has started Italy's last six tests in the No.3 shirt grabbing a 3rd test try vs Tonga in the autumn.

As confirmed by the Wasps, on June 30th 2016, Cittadini joined French side Bayonne ahead of the 2016/17 season, making his Top-14 debut in round 1 against Toulon.

It didn't take long for the prop to settle in at Bayonne, with his performances and 21 caps (Six Nations) experience cementing his place in Italy's squad for the 2017 Six Nations. Cittadini is still yet to score in the Six Nations.