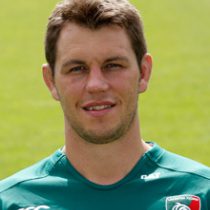 In his playing career, Deacon won 29 caps for England and was involved in Rugby World Cup 2011.

He is a six-time Premiership winner and two-time European Cup winner with Leicester Tigers having made 274 appearances for the club.

He was named forwards coach of Coventry RFC in the 2017/18 season.

In August 2021, Deacon was appointed as forwards coach of the England Women.