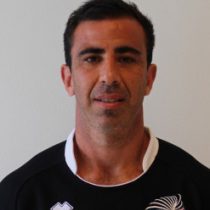 Of Italian descent, Orquera first played at Palermo Bajo RC, in Córdoba. He moved to Mirano Rugby 1957 in 2002–03. He was assigned to Petrarca Padova Rugby in 2003–04, where he would stay the next two seasons. Orquera then moved to France, playing the 2005–06 season at Auch and the next five seasons at Brive. He returned to Italy for the 2011–12 season, signing with Aironi. After becoming a naturalized Italian citizen, he was first called into the Italy squad that beat Canada by 51-6 at L'Aquila, on 6 November 2004. The next year he made his debut in the 2005 Six Nations Championship, playing five matches and scoring one try and one penalty. He would be absent from the National Team from 2005 to 2008, when he was finally called up once again. He played twice in the 2009 Six Nations Championship. He returned once more to the Italy squad for the friendly with Argentina, as they lost 16-22, in Verona on 13 November 2010. He also played in the 2011 Six Nations Championship. Orquera had his World Cup debut in the 2011 Rugby World Cup, playing in three games and scoring a try. Orquera started for Italy's opening RBS Six Nations 2013 match against France scoring ten points in an outstanding performance to give Italy a shock win. After, he was awarded man of the match.