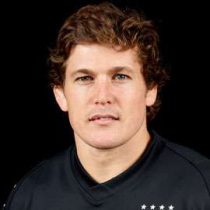 Luke Burgess returned to Australia having made 50 appearances for Toulouse in France between 2011-2013. He has played for the Wallabies 37 times, and played for the Melbourne Rebels before his stint in France for a few seasons. The Sydney University player began his Super Rugby career in Canberra with the ACT Brumbies, alongside Foundation Rebel captain Stirling Mortlock, playing twice before moving to the Waratahs where he played 56 games.