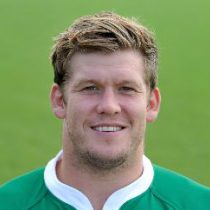 Originally from Worcester, Narraway attended the Kings School and joined Gloucester straight out of school, going on to make his full debut in 2003 against Leeds. Narraway established himself as a powerful and dynamic ball carrier at no.8 and earned himself an international call up in 2008 when he lined up at Twickenham against Wales.

Long presumed to be a one club man, Narraway moved onto pastures new with Perpignan in 2012. After a 2 year spell in France with Perpignan, Narraway returned to England with London Irish for the 2014/15 season.

After a chain of impressive performances, he was appointed captain of Premiership side London Irish ahead of their 2016/17 campaign, taking over from George Skivington, who called time on his playing career at the end of the 2015 season.