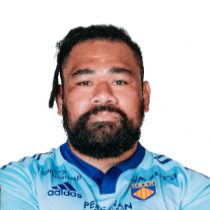 Fia played provincial rugby for Manawatu after making his debut in 2009. A robust prop forward, Fia is good with ball in hand, and adds real impact to the running forward game of the Highlanders.

Fia signed to play for Ospreys in 2015 making his debut against Zebre.