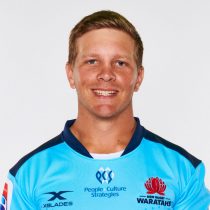 Mason is one of the game’s emerging young talents. Not only does he have a good all-round game, but his leadership ability was also recognised in 2018 when he captained the NSW Waratahs against Japanese team the NEC Green Rockets at the CHICHIBUNOMIYA Minato Rugby Festival in Tokyo.

Born in Cairns, Mason spent his early years growing up in Mitchell in the western downs district of Queensland.

Flagged as a promising talent with plenty of potential, the young flyhalf is a product of Brisbane’s rugby nursery, the Anglican Church Grammar School, commonly known as Churchie. Whilst there, he represented the Queensland Under 20s in 2011 and 2012 and Churchie’s first XV in 2013 and 2014. He made his NRC debut for Queensland Country in 2015 after representing the Melbourne Storm in the NRL Under 20s competition.

Mason made his Super Rugby debut in 2017 and made one appearance for the side before the end of the season. Mason spent a year behind Bernard Foley in 2018 and managed four caps in 2019.

He was retained in the Waratahs squad since his debut and has been turning out for NSW Country Eagles in the NRC.

In December 2020, he signed a deal with Major League Rugby club, Austin Gilgronis.