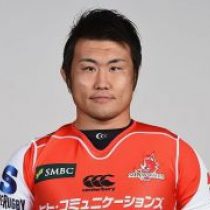 Having just recovered in time for the RWC following an injury, Makabe only played once off the bench for Japan in 2015 leading up to the World Cup but was announced in the squad.

Jamie Joseph named Makabe in his 2017 June Internationals squad, where he will hope to add to his 34 caps.