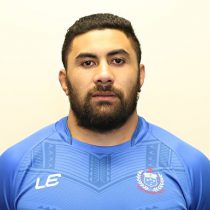 Leiataua made his debut for Samoa in 2013 and was part of the squad at the 2015 Rugby World Cup.

After spending three years with North Harbour, Manu moved onto Aurillac in the French second tier before signing with Bayonne in 2016.

His performances with Bayonne caught the eye of the Perpignan coaching staff who signed the front rower on to join the side in the TOP14 for the 2018/19 season.