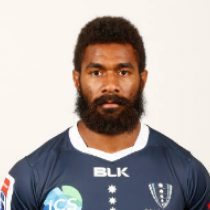 A superstar from the NRL, Fijian born Koroibete scored 46 tries in 76 first-grade NRL games for the Melbourne Storm and Wests Tigers.

After signing for the Melbourne Rebels on a two-year deal from NRL in May 2016, Koroibete was named into Michael Cheika's squad for Australia's 2016 Spring Tour before playing a Super Rugby game.

A shock call-up to Michael Cheika’s 2016 Spring Tour squad, Koroibete featured for the Wallaby XV against the French Barbarians in Bordeaux.

Koroibete was called into the Wallabies squad ahead of the 2017 June Internationals against Scotland, Italy and Fiji.

He failed to make his debut and will eye up the opportunity of making his name in the test arena having being named in the Wallabies squad for the 2017 Rugby Championship,

Koroibete starred in 13 of the Rebels 15 Super Rugby matches in 2017 and scored 6 tries.

He signed a new deal in September 2018 that will keep him with Rugby Australia and the Rebels through to the end of 2019.

He was named in the Wallaby squad ahead of the 2019 World Cup with 23 tests to his name.

In November 2019 he won the John Eales Medal following strong performances at the 2019 Rugby World Cup.