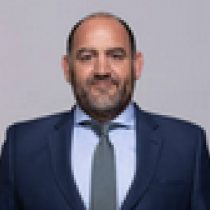 Ledesma is a legend of Argentinian rugby, having playing 84 Tests for the Pumas during his career.

He earned the nickname ‘Super Mario’ after a remarkable World Cup record, playing in 18 matches at four tournaments between 1999 and his retirement in 2011.

In October 2011, Ledesma played his last game in a Pumas jersey, against the All Blacks, in what was Argentina's elimination from the World Cup.

He was appointed as the forwards coach at Stade Français for the 2011-12 season before joining Montpellier in 2012 where he held the same position until November 2014. At the start of the 2015 Super Rugby season, Mario joined the Waratahs as coach observer before becoming the forwards and set-piece coach for the Wallabies.

Ledesma's 84 Tests made him Argentina’s most capped hooker and fourth most capped Puma overall.

In October 2017, the former Argentinian hooker stepped down from his Wallabies role to be in charge of the Jaguares in Super Rugby in 2018. In August 2018, Ledesma was appointed head coach of Argentina, succeeding Daniel Hourcade, who resigned last month after a string of losses.

Despite a disappointing Rugby World Cup in Japan in 2019, Ledesma was retained as the side's head coach and repaid the faith in 2020 as Argentina claimed their first-ever victory over the All Blacks and managed two draws against Australia and a loss to New Zealand.

In November 2021, it was confirmed that Ledesma will be the man to take Argentine to Rugby World Cup 2023 following a contract extension.

In September 2022, he joined the Dallas Jackals' Coaching Staff as Assistant Coach and Consultant.