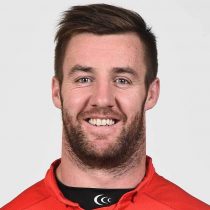 Abbott made his senior debut for Hawke's Bay during the 2013 ITM Cup and made 11 starting appearances at the Magpies reached the Championship final. His impressive performances saw him rewarded with a Super Rugby contract for the 2014 season where he turned out for the Wellington based Hurricanes.

Returning to the Hurricanes squad for 2015, Abbott arrived in Hawke's Bay for the 2013 season having only played rugby for the Canterbury Colts team.

Abbott made his Super Rugby debut at lock in the first match of 2014 against the Sharks in Durban and made one other appearance against the Highlanders.

Abbott was once again included in the Hurricanes Super Rugby squad ahead of the 2017 season, having already made 31 appearances in Super Rugby and has scored 1 try.

Abbott made started 12 of the Hurricanes 14 regular season matches and is set to join Coca Cola Red Sparks after the Super Rugby season.