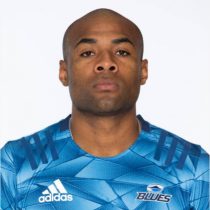 A pace merchant with dazzling footwork and mean handoff, Mark Telea is a Samoan-South African winger who took his first steps toward professional rugby with Massey Rugby Club in West Auckland.

Telea's father hails from Johannesburg, South Africa but the winger was born in Auckland New Zealand and has proud Samoan heritage and speaks the language.

Having starred as a schoolboy at Massey High School, Telea went straight into the North Harbour Mitre 10 Cup squad right of school and hasn't looked back since.

Telea made his provincial debut for North Harbour in 2016 against Counties Manukau.

Having made an impact at provincial level, Telea started to catch the eye of the Blues' coaching staff and was included in the Blues A team. He was part of both the Blues and the Hurricanes wider training groups during the 2019 Super Rugby season but was contracted to the Blues for the 2020 Super Rugby season.

By the end of the 2019 Mitre 10 Cup season, Telea had scored 7 tries in 25 appearances for North Harbour and was announced as a full time member of the Blues' 2020 Super Rugby squad.

He made his debut against the Chiefs and went on to play all 7 of the Blues' 2020 Super Rugby matches before the competition was brought to a halt due to the global pandemic.

He continued this form early on in the Super Rugby Aotearoa competition and in July 2020 announced a 2-year contract extension with the Blues.